Almost a month ago, John Piper, who is Chancellor Emeritus of Bethlehem College and Seminary and Pastor Emeritus of Bethlehem Baptist Church, published a major volume titled Providence. Before Providence was published, very few books comprehensively examined God’s providence. No wonder, the doctrine of the providence of God is a difficult doctrine to confine to 752 pages. Even though the Bible never specifically mentions the word providence, we cannot help but see the providence of God from eternally before Genesis 1:1 to eternally beyond Revelation 22:21. In this article, my goal is to discuss God’s providence in a manner that is both applicable and biblically sound.

The first pillar in God’s providence is that He is sovereign over all things.

There is no rogue nation; nothing is out of His governance.

The Lord has established his throne in the heavens, and his kingdom rules over all. – Psalms 103:19

God governs in accordance “to his will among the host of heaven and among the inhabitants of the earth; and none can stay his hand” (Dan. 4:35). One concern that people have with God being sovereign over all things is that it makes Him look as if He is a tyrannical dictator rather than a loving God. To address this concern, one thing to keep in mind is that God is in and of Himself good; there is no wickedness in Him (Ex. 34:6; 1 Chr. 16:34; Ps. 145:9). Another consideration is that because God is the Author of life, He therefore has authority over all of life. We can trust His governance because God acts based on His goodness, which ought to be a blessed assurance to us in our lack of righteousness. Additionally, I think the next two pillars help alleviate the previous concern.

The second pillar is that He preserves His people and His creation. One example of God’s preservation is the genealogy of Jesus Christ. The Messiah is to be from the line of David, of the tribe of Judah, and we see throughout the Old Testament how God set the stage for this promise to be fulfilled within the New Testament (Gen. 49:10; 2 Sam. 7:13, 16). Additionally, the biographical account of Daniel’s experiences is a great display of God’s preservation. God delivered Daniel from the lion’s den, preserving his life for the glory of God and for His good. The Psalms also beautifully illustrate God preserving His people and His creation with great care and diligence, one of them being Psalm 23. As the Good Shepherd, God preserves His flock in both “the paths of righteousness” and “the valley of the shadow of death” (Ps. 23:3-4). We have no reason to fear and every reason to trust Him.

The third essential pillar in understanding the providence of God is that He is going to provide what’s needed for His plan of redemption. Provision is a major sub-theme that runs throughout Scripture. When Abraham was about to sacrifice his only son, Isaac, God provided the ram in the thicket in Isaac’s place. When there was a famine in the land and Jacob’s sons sought refuge, God provided his son Joseph as the means by which the nation Israel is preserved. Over 400 years later, God provided the Passover Lamb so that the nation of Israel would be delivered from Egyptian bondage. God then provided the Promised Land for Israel to inhabit and build their nation. God also provided Israel’s greatest king in David, who is of the tribe of Judah. Despite the major divide, downfall and exile of Israel, God provided the way in returning His chosen people from Babylonian captivity.

It’s no coincidence that I’m writing this article in close proximity to Jesus’ Passion week. God’s redemptive act of providing His Son is the pinnacle of providence. In our own strength, we cannot provide ourselves with the ability to save ourselves from the penalty we deserve on behalf of sin: death. Only God could provide the perfect and sufficient sacrifice needed to atone for sin. Only God could orchestrate this majestic plan perfectly to triumph over sin and death. Only God could redeem a people for himself from every tribe, tongue, and nation for his glory and for our good (Rev. 5:9).We rejoice in the blessing of the Son bearing our iniquity. We praise Him for living what is said in the Psalms,

Behold, I have come; in the scroll of the book it is written of me: I delight to do your will, O my God; your law is within my heart – Psalms 40:7-8

The Gospel of Jesus is the ultimate display of God’s providence.

We often divorce God’s providential acts in Scripture from our everyday lives. We think that the mighty acts of old do not personally impact us in the ordinary lives that we live in today’s times. My encouragement to you is that the God who orchestrates all things according to the counsel of His will personally and graciously calls you to be a partaker in His providential plan. He is still working all things to the end, when Jesus returns to consummate all things to Himself and decisively and finally defeat all the forces of evil.

And I am sure of this, that he who began a good work in you will bring it to completion at the day of Jesus Christ – Philippians 1:6

Isaac Karpenske is a Contributor at Anchored Passion. Isaac is majoring in Pastoral Ministry at University of Northwestern - St. Paul. 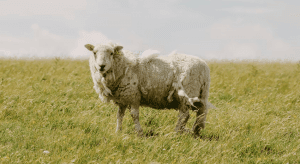 Jesus the Passover Lamb: A Study in Biblical Theology 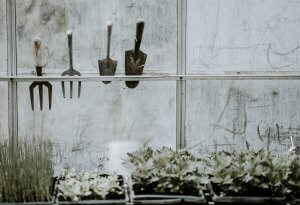 Only Jesus: What It Really Means To Be Saved (A Review) 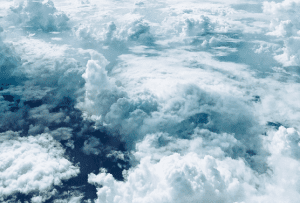 The Glorious Return of Christ: The Doctrine of the Millennium